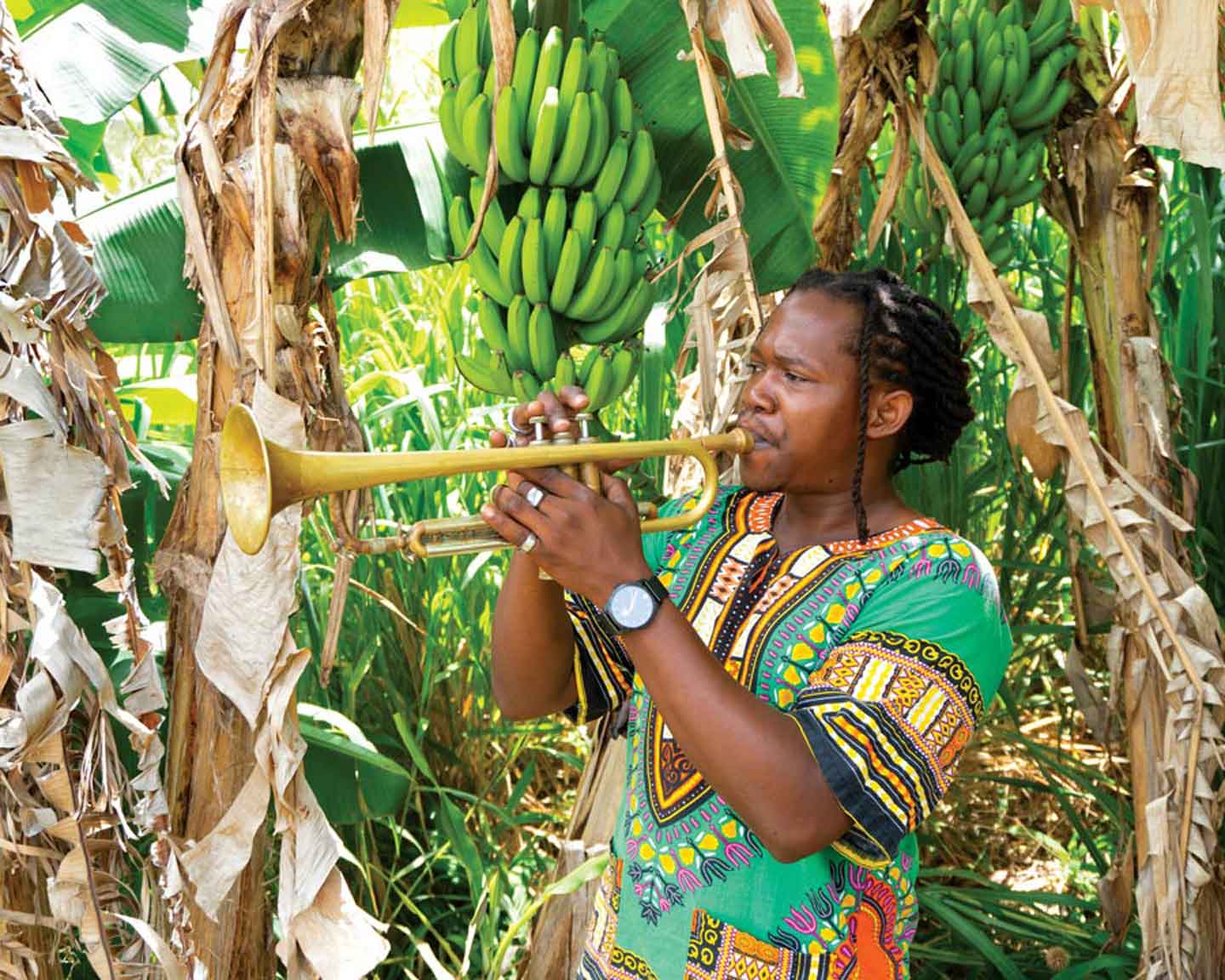 The Jelani family is tight knit, disciplined and attuned to nature. They need to be, because their rural life is challenging. Based in the rolling hills of St. Andrew, they farm ten acres verging on Turner’s Hall Woods, a 74-acre stretch of original, pre-settlement forest.

In their youth, Kweku’s  parents, Ireka and Princepine, had already embraced the Rastafarian creed. While Prince farmed organically, Ireka became well known on the island for her unique and high quality baskets produced out of natural materials collected around their forest home. Their children, Nassoma (deceased), Subira (age 22), Kweku (25) and Baruti (17) grew up knowing exactly where their sustenance came from, as well as its limitations.

When her basketry outlet at Pelican Craft Village ceased to be viable several years back, Ireka devoted her days to education and expanding the farm. What of her recent master’s degree in Cultural Studies? She would turn it to developing part of the land as the Ngozi Cultural Centre.

In 2008, the family were devastated when their bubbly firstborn, Nassoma, died at the age of 20.  Plunged into despair, then-14-year-old Kweku found solace in learning to play the trumpet. He retreated into the ancient woods around his home and made the horn wail for hours on end to soothe and express his pain.

The trumpeter who has emerged is wonderful. His natural talent shines through but above all, his sound is replete with feeling. Humble, focused and passionate is how he describes himself when pressed. We agree, and would add stellar to the list.

Before this turning point, Kweku had dabbled with the cornet, steel pan and recorder during his secondary studies at the Alleyne School. Though his mother always brought back instruments from her African travels and he drummed as a youth for Danny Hinds and Dancin’ Africa, he was supposed to pursue physics and chemistry. He wasn’t supposed to audition for a spot in the music department at Barbados Community College, but he did it anyway, got in, and announced that he was done with science. There, Shawn Layne was his trumpet tutor. Afterwards, Kweku went to Arturo Tappin for lessons.

He began gigging too, with calypso tents, tuk bands, jazz combos in hotels and restaurants, the 1688 Orchestra and Collective in concert—whatever—whether paid or not. Later came regional jazz festivals, with his colleagues.  Being able to perform different genres is essential here.  Without that flexibility, he said, “it is difficult to have a music career in Barbados.”

Shortly after Kweku graduated from BCC, the trumpeter Marcus Belgrave held a workshop there and Kweku participated. Belgrave was the last living member of Ray Charles’ original band and a veteran of top class jazz and Motown bands. So impressed was he with Kweku that he invited him to study with him in Detroit. The following year, due to winning Derrek Walcott’s Christmas Jazz Scholarship, Kweku got a partial scholarship to the prestigious Berklee College of Music in Boston, where he studied arranging. He now does his own, and composes too, with a flair for fusion, soca and funk – what you might call “world music”—with some jazz harmonies. (Hear his original, “Cawbleh” on YouTube).

He also sings, which makes sense, because “the trumpet is the closest instrument to the human voice.”

Kweku has dreams. By returning to teach at the Alleyne School, he came to realize that “a lot of young people would have been interested in pursuing music, but school in Barbados is set up to favour academics over the arts. I’d like to complete my bachelor’s degree and open my own music school, predominantly for wind instruments, so I can pass on the craft.” He’d also like to release an album in 2020, play with Winton Marsalis and become a headliner. Given his combination of talent and hard work, none of these goals seems far-fetched. Is there an angel out there?

On another note, he’d also “love to get Ngozi Farm and Cultural Centre developed to the point where it is self-sustainable and helps to build the cultural landscape in Barbados.” In fact, farming is one of his day jobs—that, teaching and making baskets. As we said, the Jelanis are a tight knit family that’s attuned to nature. Maybe you can hear it woven into Kweku’s music. Or maybe not. But listen you must, so that you can one day say, “I heard him when…” 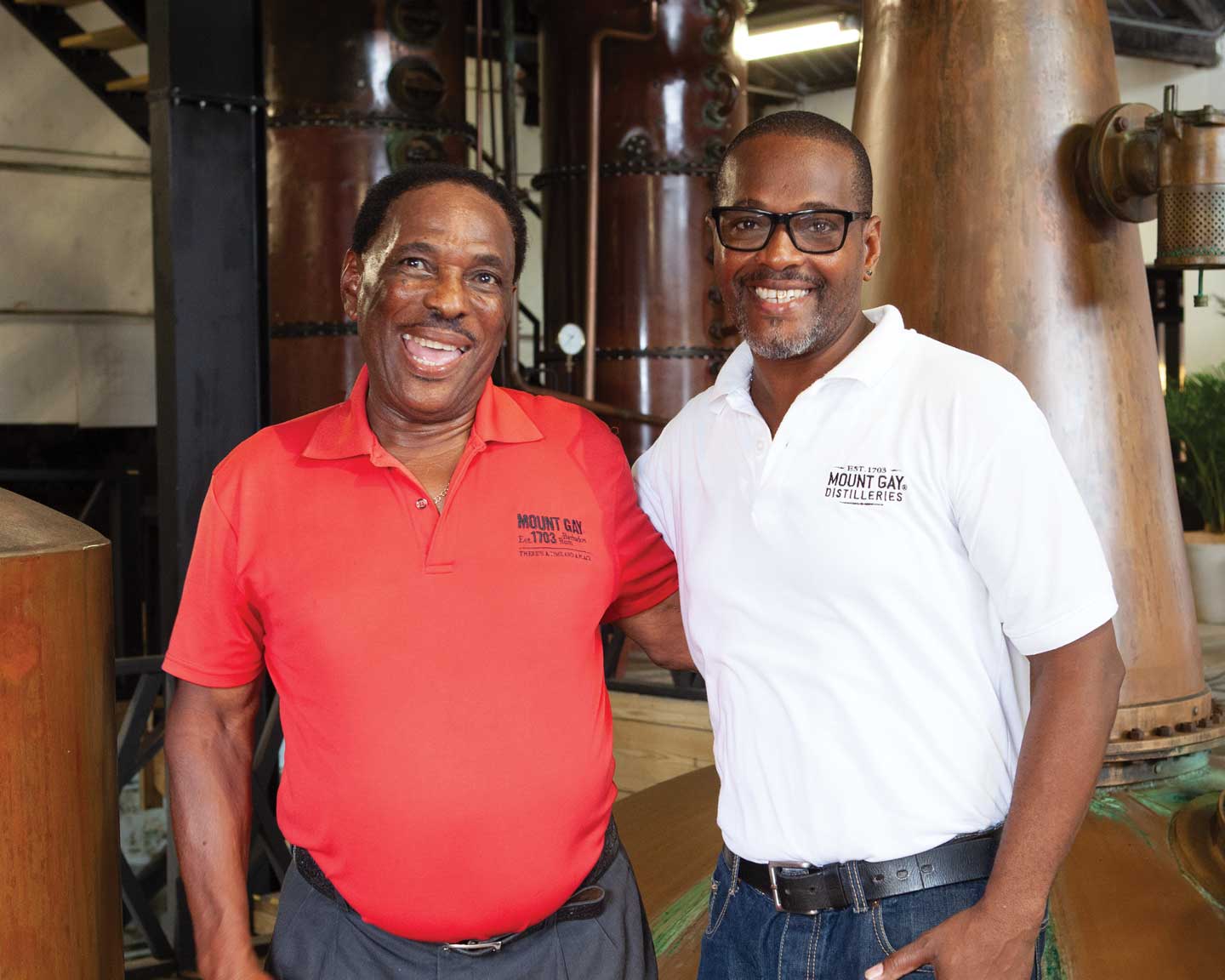 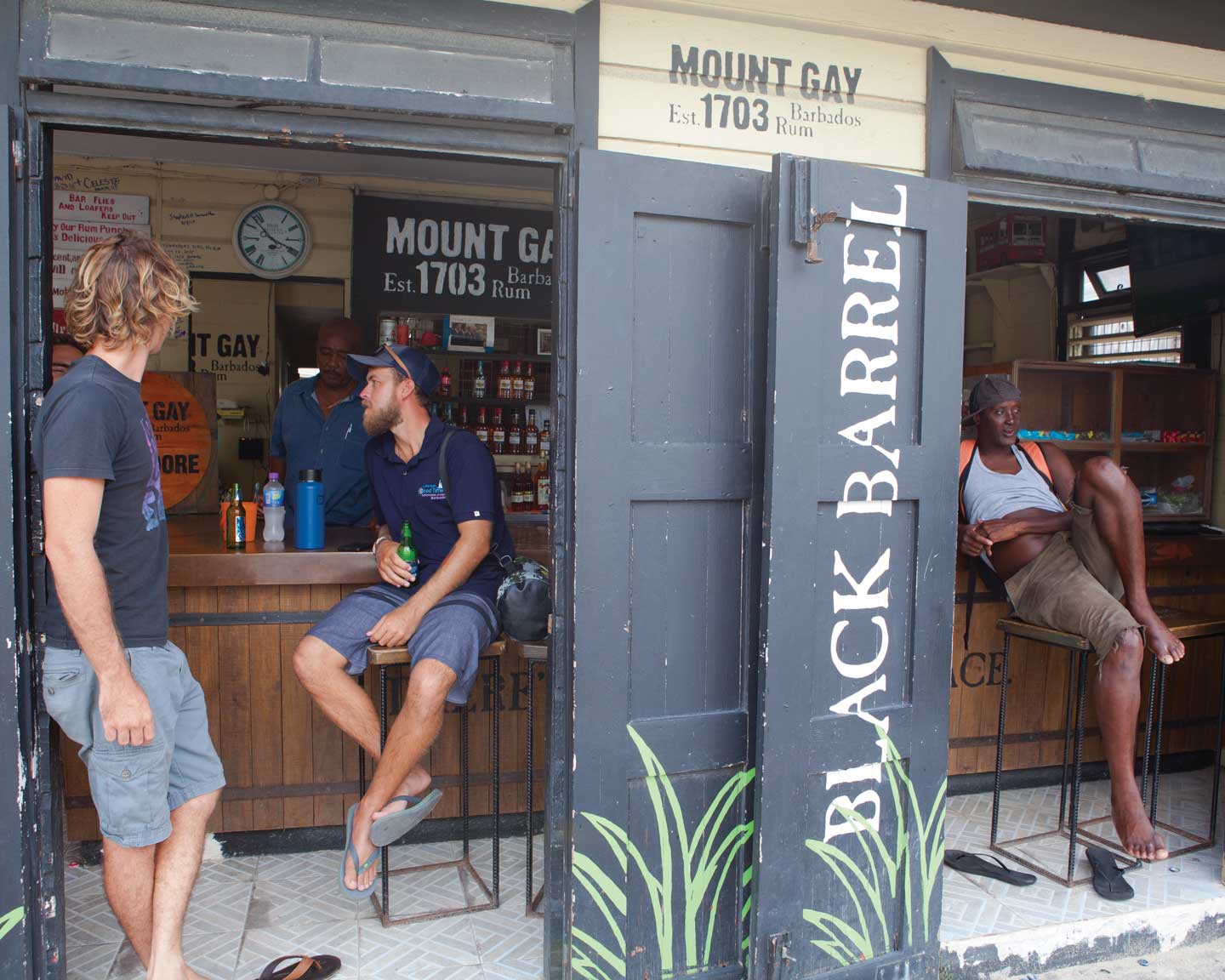 A staple of Bajan life for centuries. 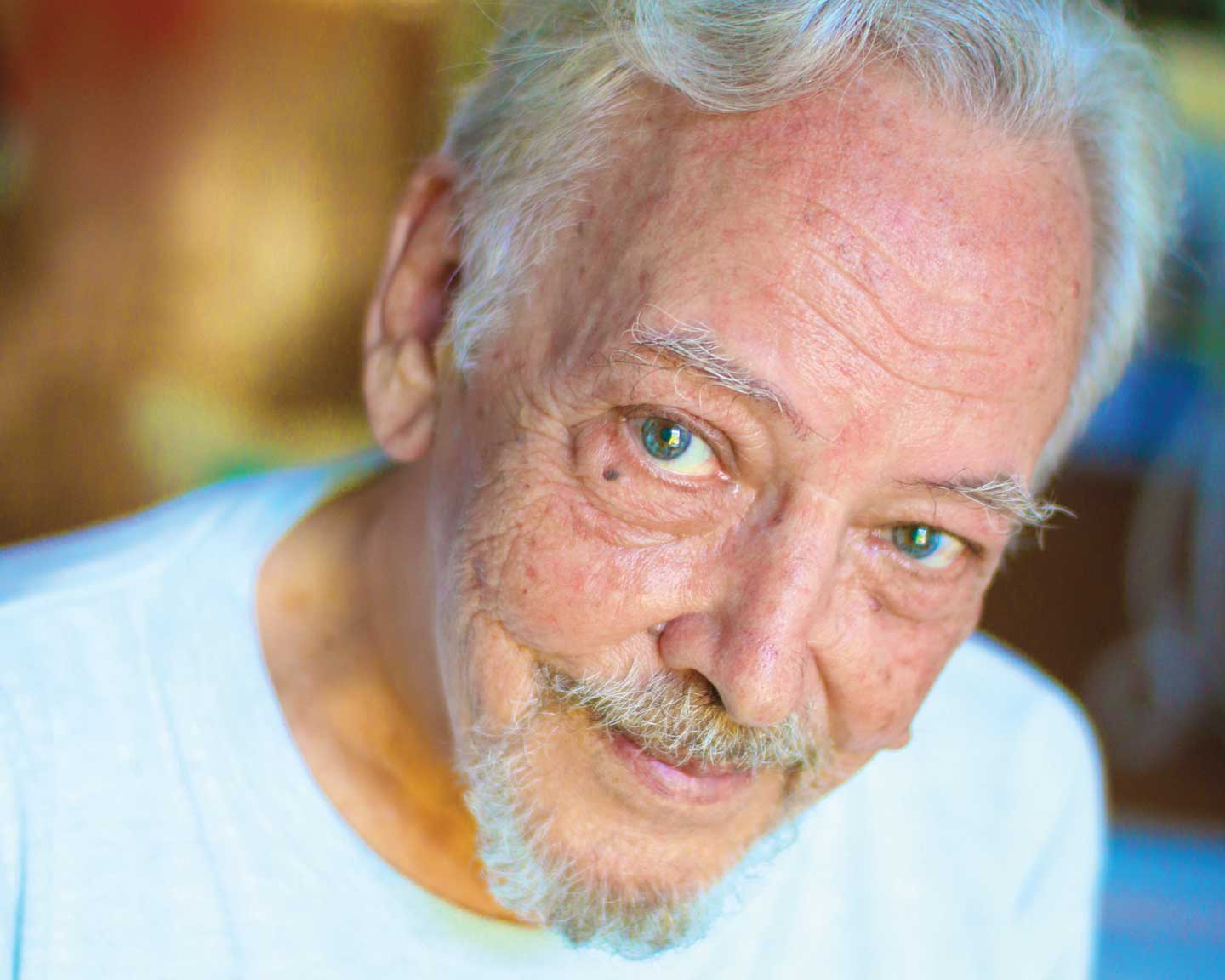 A man of hidden depths 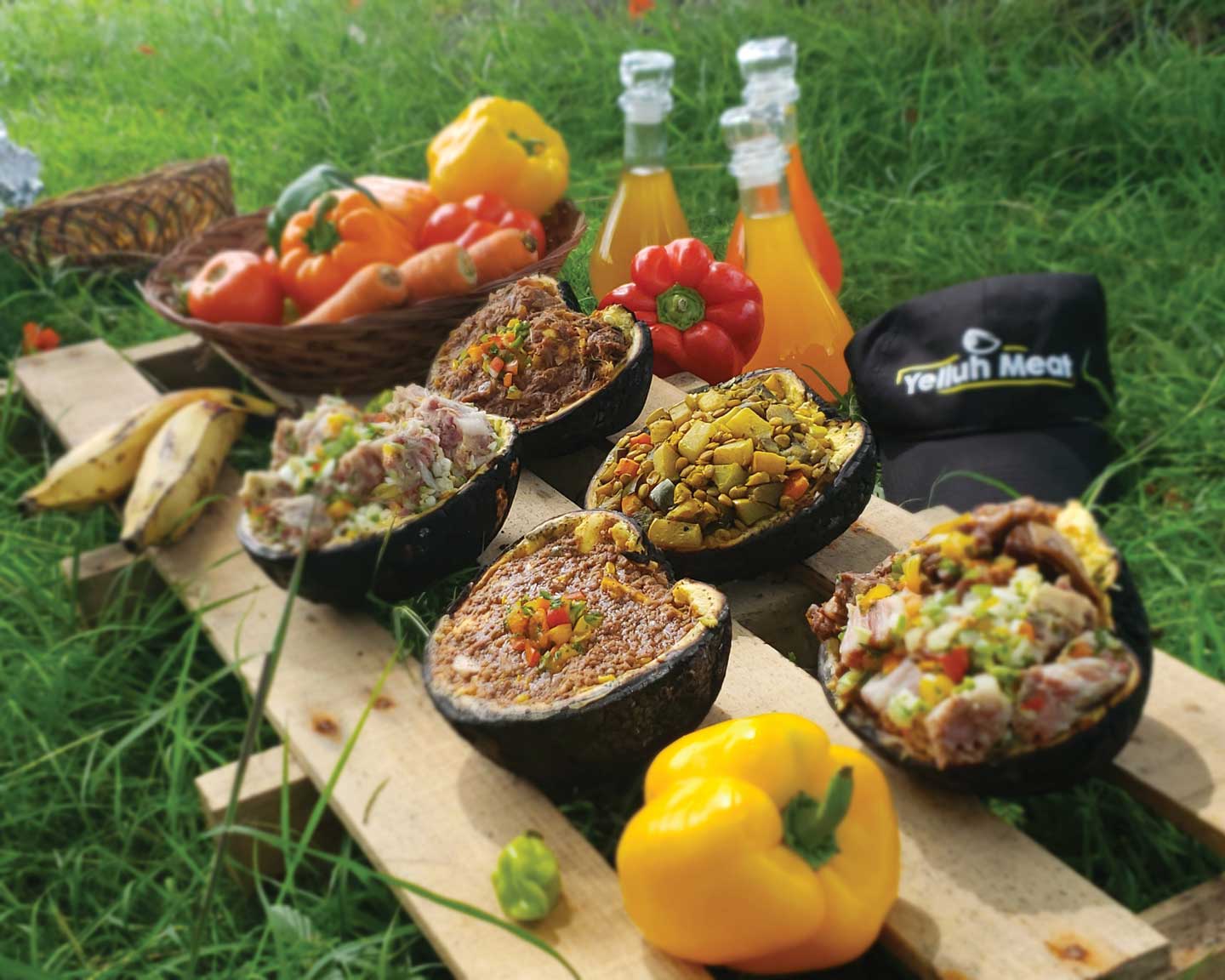