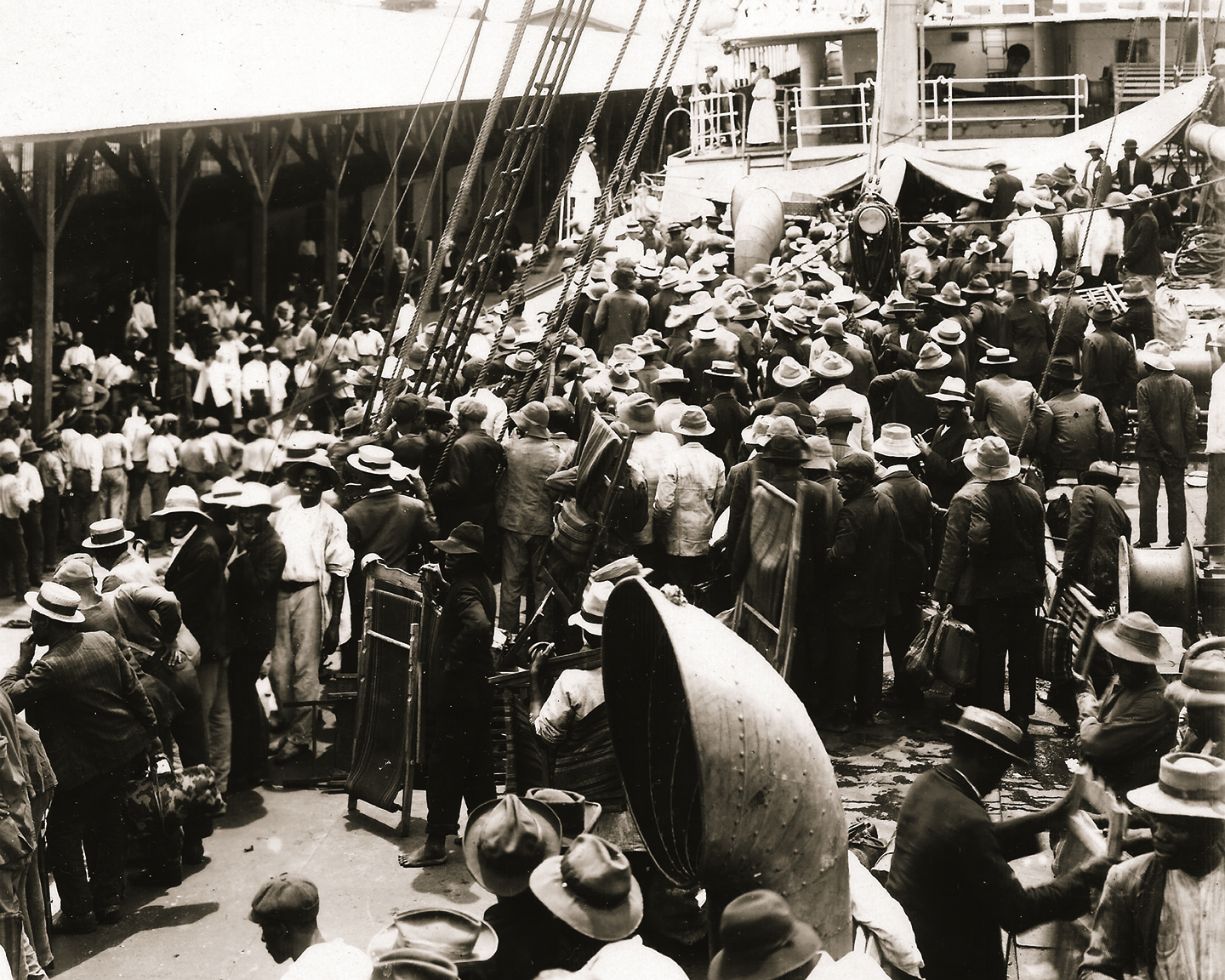 “No matter where I roam, Barbados will always be home.” John Roett

The demographer Alfred Chandler characterised Barbados in the seventeenth century as “the springboard for English colonisation of the Americas.” He was correct in this characterisation, but he could have gone further and expanded his definition to include Africans as well. As the centuries passed and the island’s population grew, making Barbados one of the most densely populated places on earth, groups of black and white Barbadians periodically hived off seeking elbow room and the possibilities of improving their socio economic fortunes.

Barbados became a magnet for free and coerced migrants in the seventeenth century for one reason alone…wealth generation. Tropical export agriculture offered great possibilities when living standards in Europe were starting to rise. People were prepared to spend on the new tropical products being imported into Europe: tobacco, spices, cacao and above all, sugar.

France, Holland and England were quick to challenge the claims of Spanish and Portuguese hegemony in the Americas, and the smaller West Indian islands, which had never been occupied by Spain, provided suitable bases for the spreading of their interests. None of these islands were as geographically blessed as Barbados. In real estate terms, value is often calculated on the doctrine of location, location, location.  Barbados enjoyed a supremely advantageous location.  It is the most easterly of the islands, just as much an Atlantic as a Caribbean island, sitting astride the axes of trade routes that link the continents of South America, Africa, North America and Europe. Nature in the form of ocean currents and winds and coral reefs that encircled a good part of the island protected her from attack by competing European powers. Further, the absence of an Amerindian population allowed settlement to proceed swiftly whereas possible competitors to the north such as St Kitts faced contestation from other Europeans and resident Amerindians which inhibited settlement.

Tobacco provided an early opportunity for quick capital accumulation in the first two decades of settlement. This was at a time when labour rates were depressed in England, leading to an influx of young people.  Competition, primarily from Virginia, eclipsed Barbados’ exports and resulted in switches to a variety of crops, such as cotton, ginger and indigo, until the introduction of sugar cane transformed the island and led to massive population growth and the utilisation of all available land space. By 1655, the white population of Barbados had reached its peak with a low estimate of 30,000 and a high of 50,000. Contemporary opinion suggested that the island was “too small a hive for such a swarm of people.”

With the growth of the plantation system which needed large numbers of workers and rising wages in England, planters turned to another source of labour... West Africa. Demographic and cultural change was rapid.  By the 1660’s, Barbados had shifted from being a majority white to being a majority black colony.  This process was hastened by an outpouring of migrants from Barbados.  Between 1650 and 1670, it is estimated that over 24,000 whites left the island to settle in other Caribbean islands, South America and North America.  The conquest of Jamaica in 1655 was facilitated by the movement of over 7,000 Barbadians to that former Spanish colony, initially as soldiers of the conquering Penn and Venables expedition, and later as colonists. Aborted settlements were attempted in Suriname, Trinidad, Tobago and St Lucia. Far more successful was the establishment of a Barbadian foothold in the Carolinas, to the extent that the epithet “colony of a colony” was applied. Some 4,000 went to New England and Virginia, and just under 2,000 migrated to various islands in the Eastern Caribbean, which were then opening up to export agriculture.

The eighteenth century was one of consolidation and maturation, but by the early nineteenth century, geo politics conspired to create conditions for massive outflows of people once again from Barbados. The British conquest of the Dutch South American colonies of Essequibo, Demerara and Berbice which would ultimately merge to become British Guiana proved to be very attractive to Barbadian planters and their enslaved workers, but it was really after the Emancipation Act of 1834 that many thousands of black Barbadians chose of their own volition to emigrate there in search of a better life. A similar process took place in Trinidad after Britain wrested that island from Spain in 1802. Telephone directories and surnames are useful tools in assessing patterns of migration and a look through modern day directories of the nations of Guyana and Trinidad and Tobago bears witness to the influx of Barbadians into those countries over the last two hundred years.

Barbados has long been noted for the quality of its education. Even before slavery had ended, schools were created on the island for the children of the enslaved.  Literacy became more of a norm than a rarity for Barbadians in the later nineteenth and early twentieth century and lead to the recruitment of Barbadians as teachers, civil servants and policemen throughout the many British colonies of the region. From far flung Bermuda and the Bahamas, throughout the entire chain of islands, black Barbadians could be found in senior positions. With the creation of the country of Liberia in West Africa as a haven of repatriation for the newly freed people of the USA, emigration societies were created on Barbados in the 1860’s to encourage the migration of skilled individuals of colour with their families to assist in the establishment and growth of this newly created country. In short order, Barbadians became part of the socio economic and political elite of that country. Other emigration societies were formed to foster the migration of Barbadians to the United States of America and once again, many thousands of Barbadians flowed to seek their fortunes on the streets of New York and other cities, primarily of the north-eastern sea board. Their contribution to that country has been marked and varied. To give an example of two noteworthy individuals of Barbadian descent from that vast Diaspora, the actress Gwyneth Paltrow and the educator/politician Shirley Chisholm immediately spring to mind.

Not as well known are the movements of two subgroups in the Barbadian population. Throughout the nineteenth century, Sephardic Jewish families who had been long resident in Barbados, quietly slipped away. Some to the Virgin Islands, Grenada and Trinidad but the majority to New York, Philadelphia and London. After Emancipation, the plight of Barbados’ numerous poor white population caught the attention of the authorities. They had been reduced to abject poverty and near starvation after being forcibly ejected from the plantations where they had provided the services of militia tenants and seamstresses. Sponsored migration took them to better lives on the islands of St Vincent, Bequia, Grenada and Trinidad.

However, the really massive movement of Barbadians from their native island was yet to come.  The building of the Panama Canal provided this catalyst.  Following initial difficulties under the French sponsored scheme, the United States assumed responsibility for the massive engineering work required to provide a well run canal that would permit transit from the Pacific to the Atlantic Ocean and vice versa. The Isthmian Canal Commission recruited some 20,000 Barbadians to assist in the building works. When one adds families, it is estimated that some 40,000 Barbadians went to Panama. From there, groups branched out to Brazil, Peru, Venezuela and other South American countries where American engineers had contracts to build railways. Barbadians were the workers of choice. Literacy and a good work ethic were their strong points and made them the favourites of the Americans.  Barbadians also made their way to Cuba, Costa Rica and the Dominican Republic to work in the sugar industry in those countries. It was not only as unskilled estate workers that Barbadians made their mark. In the immigration documents for Espírito Santo in Brazil, all of the Barbadians who migrated there possessed various skills.

In the 1950’s, Barbadians were part of the Windrush generation headed to the United Kingdom. Britain was in a post war rebuilding mode and was keen to recruit workers, especially for the transport and hospital sectors. Recruitment offices were specifically set up in Barbados. The 1960’s saw a great increase in migration to Canada. Barbadians made it as far afield as Australia and New Zealand.

It is widely rumoured that one can find a Barbadian any where on earth. This story, whether apocryphal or not, clearly illustrates this. A Barbadian newspaper publisher on holiday with his family in Cairo, saw an Egyptian man selling snow cones. They decided to try and in explaining to the man which flavours they wanted, he excitedly slipped his burnoose to a side, looked up at the publisher and said: “Wait skipper, you is a Bajan, I is one too.” 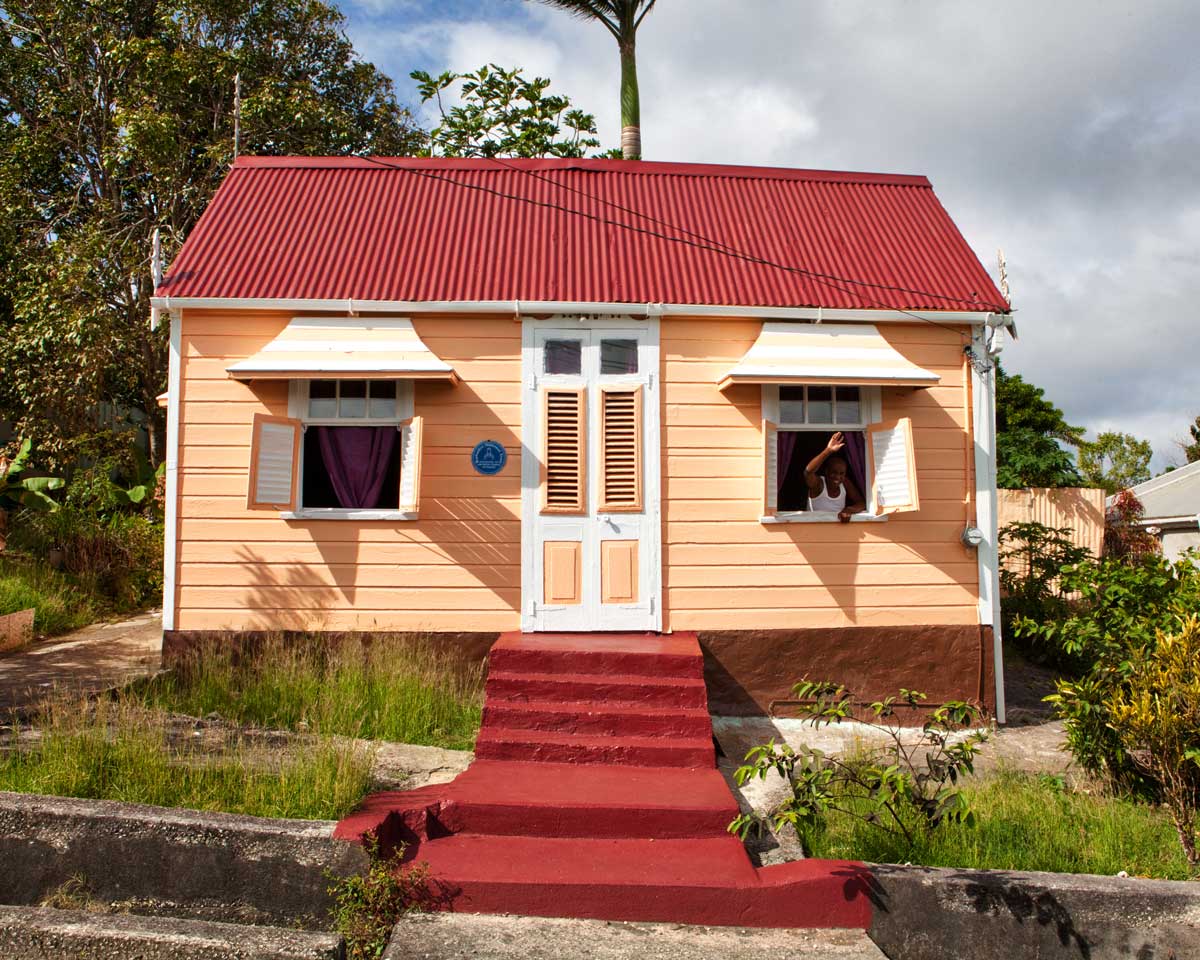 An icon of Barbadian life and landscape. 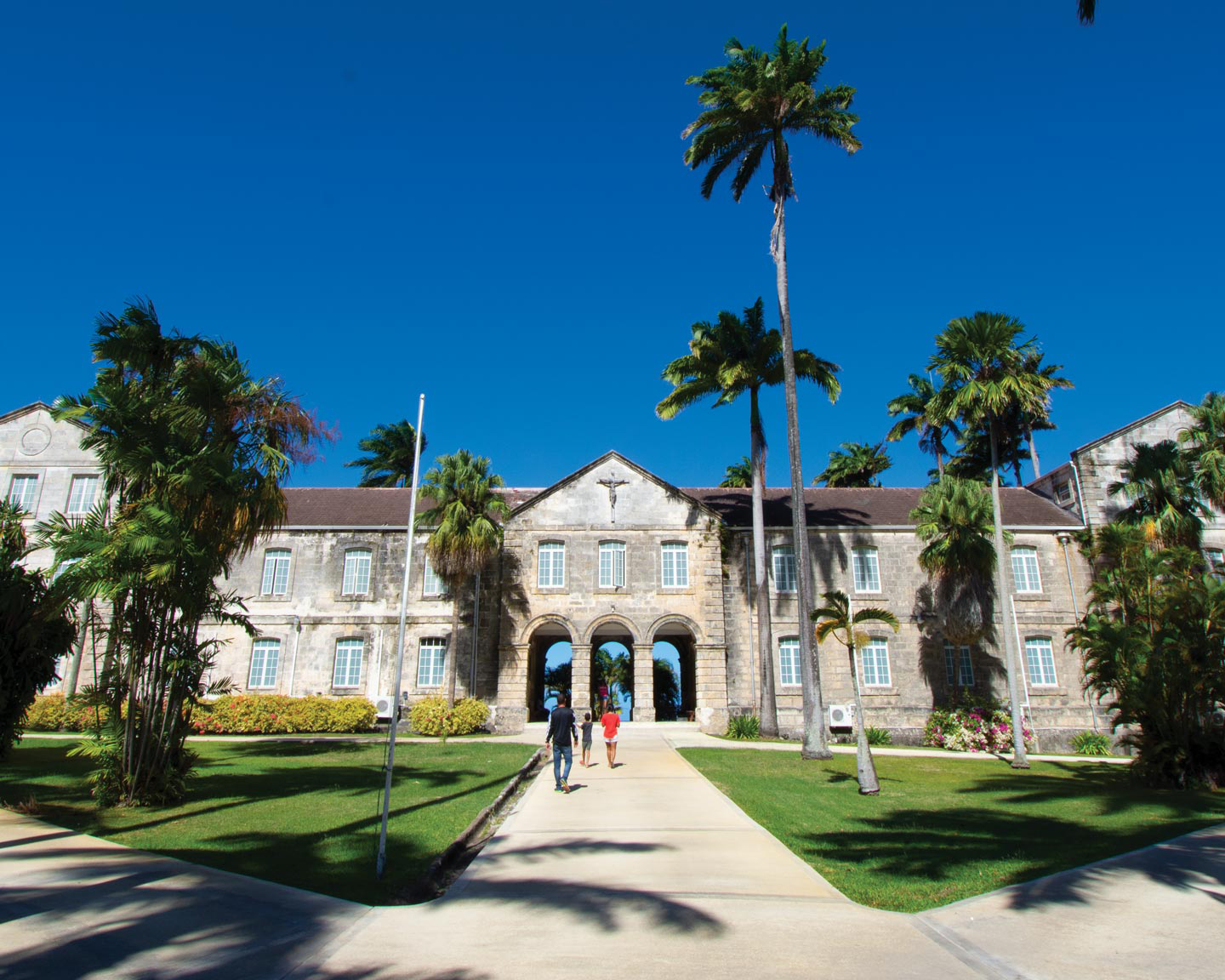 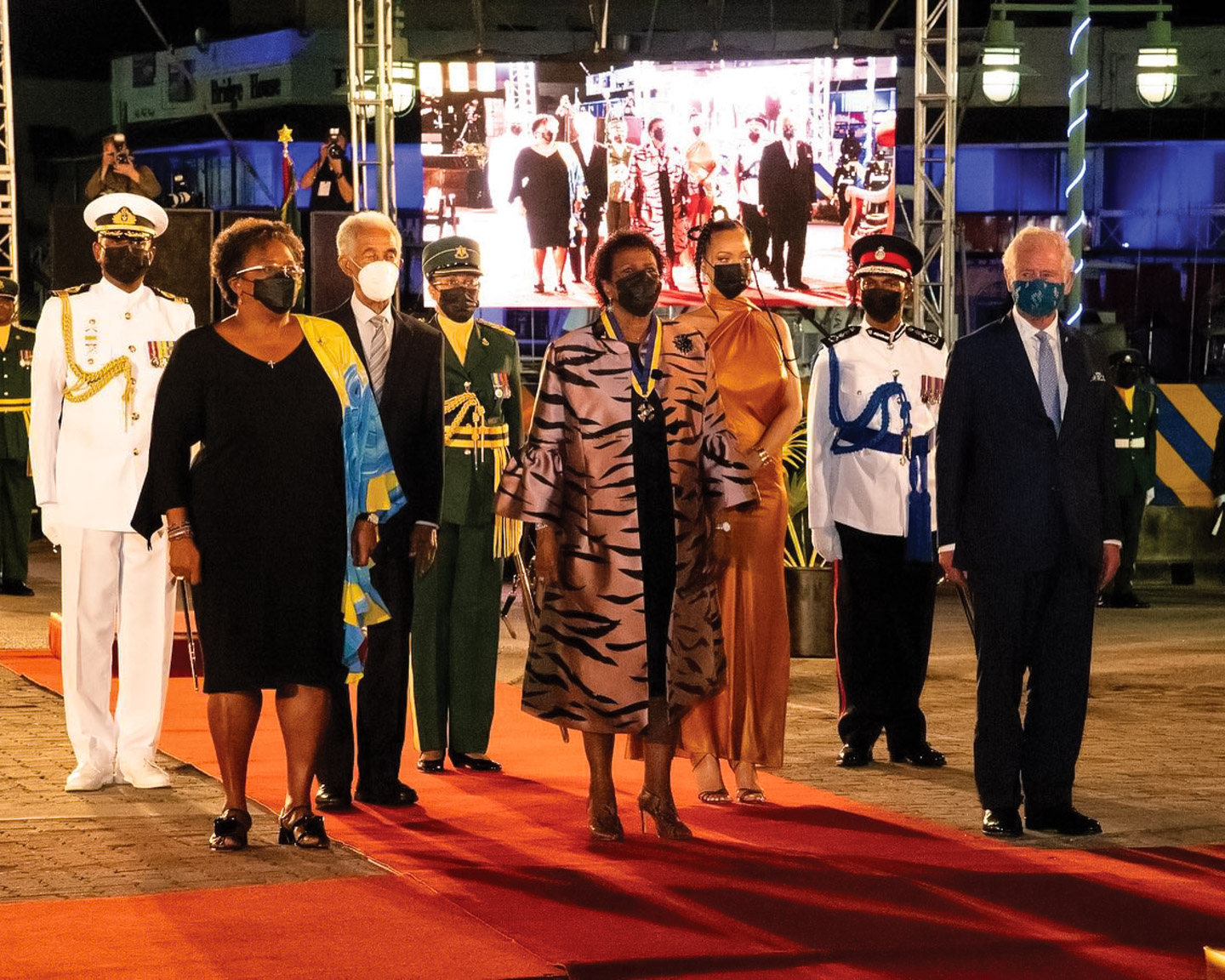